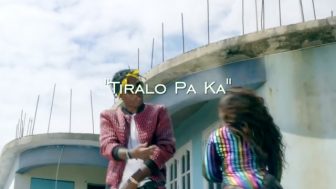 Charly Black, the dancehall singer whose “Gyal You a Party Animal” became an international hit in 2016, released “Tiralo Pa Ka” on Thursday. The track is a collaboration with both Play-N-Skillz — who are best known for rap hits (Chamillionaire’s “Ridin’”) but have also worked heavily in Latin music (Daddy Yankee, Yandel) — and DJ Kass, whose “Scooby Doo Pa Pa” single was inescapable for the majority of 2018. “Tiralo Pa Ka” is racing and bare-bones, with a keening siren that ratchets up tension. The beat is fierce and repetitive; Black’s melodies serve to soften the rhythmic barrage.