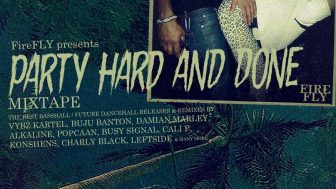 Their musical adventure started over 15 years ago, both are founders and members of MXX MUSIC EMPIRE (one of Switzerland’s leading rap camps between 2005-2010), before focusing on producing tracks for some of Europe’s leading urban artists.

Their unique style and work ethics were quickly noticed, and they got offered several deals before choosing to sign with EMI PUBLISHING FRANCE in 2011 – which later on, led to collaborations with some of France’s top selling artists such as BOOBA, SOPRANO, BLACK M, YOUSSOUPHA, STRESS and many more.

Several gold and Platinum records later, after establishing themselves as the most sought after producers in Switzerland – they started to experiment with new genres – Giving birth in 2016 to a new concept and group: FireFLY

After several EDM and Trap releases over the past year, they are now dropping a Basshall / Dancehall mixtape “Party Hard and Done” – including a selection of some of the best Basshall / future dancehall tracks including one or 2 exclusive treats.

This is just the beginning of their brand new adventure, as they are gearing up with a string of new releases and collaborations dropping soon – watch out for FireFLY!