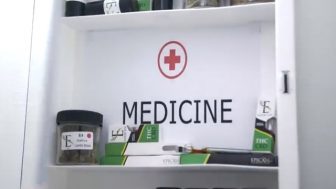 Jamaican Pop star JADA KINGDOM has just released her new video for “Medicine” – which dropped on streaming platforms several weeks ago. The video was filmed and directed by Dameon Gayle in Kingston, and in partnership with one of the Island’s first official Cannabis stores “EPICAN”. Enjoy the video below.