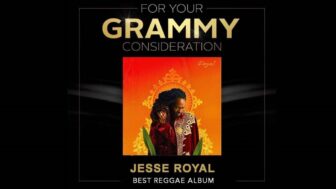 Dear Colleagues,
RHYTHM AND FLOW is proud to annonce One of the hottest names on the current reggae scene on tour in europe for July and August 2022.

This summer saw the release of his sophomore album “Royal” which was greeted by stellar feedback from both fans and critics alike. Jesse collaborated with like-minded colleagues to let the creativity flow. He tapped guest vocalists from the incarcerated dancehall legend VYBZ KARTEL, Grammy-nominated reggae star PROTOJE, Ghanian lyricist STONEBWOY, former RAGING FYAH lead vocalist KUMAR, rising Jamaican singer SAMORY I and the island’s versatile artist/producer RUNKUS on the 11-track set.  Through vivid storytelling rooted in the belief of a universal truth, Jesse Royal’s music carries a message of hope, strength, love, and consciousness.

He will be touring Europe from Mid July to Mid August next year – Please find attached his current schedule – GET IN TOUCH NOW TO SECURE YOUR DATE!

For details please get in touch with riga@rhythmandflow.org

Make sure you get in touch quickly in order to confirm your date!