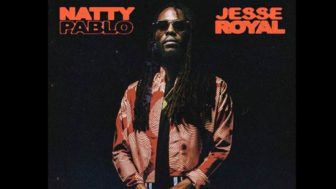 JESSE ROYAL, “one of Jamaica’s most important and charismatic new stars” (Noisey), drops his new single “Natty Pablo” on Easy Star today! Known for continuing the legacy of the late greats Bob Marley, Peter Tosh, and Jacob Miller, to name a few, Royal pushes the boundaries of his own artistry with his new single while maintaining his insightful socially-conscious lyricism and unmistakable style.

“Natty Pablo” is inspired by the many layers of Rastafarianism and the criticism it faced from the general public over the years, only to have come full circle with many of those same critics now following many of the lifestyle choices that Rastas have been advocating for years, from veganism to marijuana usage to spirituality and beyond. Jesse elaborates, “The reality is that many Rasta have helped steer people in the right way with what they have received from Creation, helping in the advancement of the nation. It has nothing to do with illegalities or physical warfare. It’s all about good people who are sometimes nameless who have little or nothing but do so much.” Jesse uses imagery conjuring the Narcos (such as Pablo Escobar) to show how the public may view Rastas as criminals, but the reality he is showing – and that he lives by – is that Rastas are giving back to their communities in abundance. Rastas “ain’t nothing like the Narcos….” They are “smuggling the truth / giving to the destitute.”