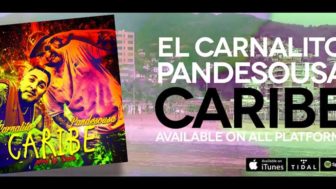 “Caribe” is the first release from Swiss rapper Eriah under his new moniker EL CARNALITO.

Having won the “Best urban act” award in Switzerland 2014, for an album entirely in french – Eriah wanted to explore his musical roots (his parents emigrated to switzerland from Argentina and Mexico in the eighties), and go back to the continent and language of his forefathers for this new musical experiment. He is working on a new EP entirely in spanish with a bunch of collaborations from all over South America.

The song is bound to do well in Venezuela and other latin markets, with a strong crossover potential for europe and the US.