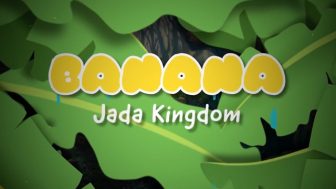 After releasing her first 2 singles “Love Situations” & “Unwanted” to critical acclaim, JADA KINGDOM’s captivating voice and content quickly caught the attention of major labels in the US. That attention led to Universal Music signing and releasing her next two releases – “Wull On” and “Best You Ever Had”.

With all eyes on her Jada continues to execute her plan of delivering a fresh approach to Jamaican music, visual art and content creation, which has been met with huge approval from her rapidly growing fanbase.
Her latest track “Banana” is getting heavy traction worlwide (A-list on Apple reggae music, etc..), and the lyric video already has over 1 MILLION VIEWS on Youtube.

“Over the weekend, my friend from Jamaica put me on to my new favorite song: 20-year-old Jada Kingdom’s “Banana.” The Jamaican singer’s breezy, flirtatious track features a wholesome double entendre about fruit and genitals. The song is only two-and-a-half minutes, which feels far too short; it deserves at least 10 straight replays” – Juliana Pache – THE FADER

check it out below: