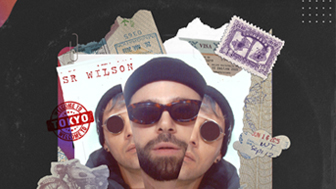 Barcelona based artist SR. WILSON is taking it to the next level, with his fresh new single “Outside” in collaboration with his well known partner in crime, Barcelona producer BOXINBOX.
Although he is a household name of the european Dub/ Reggae scene, touring europe and the world constantly, with “Outside” SR. WILSON demonstrates his versatility and that he refuses to be catalogued by a genre. He showcases a whole new side to his vocal capacities and takes on a suave voice with ultra catchy melodies, delivering a song which can be heard as easily in the clubs as on the radio.
The fresh urban sound of the track convinced SONY MUSIC SPAIN, to sign the project and release the song – make sure you go follow SR. WILSON and BOXINBOX online as they have a lot more in store for you guys! Outside!