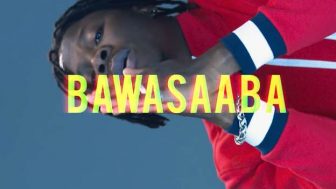 In just a few weeks after its release, STONEBWOY’s new double album “Epistles of Mama” is making waves both locally and globally: After topping the charts in his home country of Ghana with the top 24 spots on itunes (an impressive record!)

– he confirmed that he was also a name to be recommend with on a global level as his album was voted top 3 of the year by the world’s biggest online community dedicated to reggae music (REGGAEVILLE.COM) (Article above).

By positioning themselves amongst top names such as CHRONIXX or DAMIAN MARLEY, STONEBWOY and his team are definitely on the right path.

The first single “Hold On You” ft Khalia dropped a few weeks ago and is already at nearly 200’000 views on youtube, and nothing in holding them back as they just dropped the second video “Bawasaaba” which is starting to go viral with over 60’000 views in the first 48 hours.

The video can be seen on STONEBWOY’s official youtube channel – make sure you subscribe to stay up to date with the new releases!