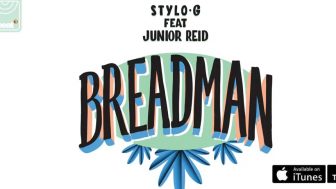 STYLO G is one of those dancehall artists which has a unique sound which also appeals to the mainstream market. His latest single “Yu Zimme” feat CHIP sold over 20’000 digital copies in the UK alone, and his video “Come Over” with CLEAN BANDIT is approaching 25 MILLION VIEWS on Youtube.

Having moved to the UK approximately 10 years ago, he is preparing to drop his first project logically titled “10 years later” with 3BEAT / UNIVERSAL MUSIC – The EP is guaranteed to make waves, as they just dropped a new extract: “BreadMan” featuring Jamaican legend JUNIOR REID, and produced by one of the most sought-after producers in the carribean STEPHEN “DI GENIUS” MCGREGOR.

AVAILABILITIES: STYLO G is available on request in Europe throughout the year and for the summer festival period.