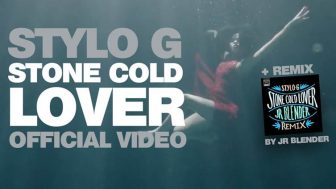 One of the Artists which has been on the forefront of the UK dancehall scene this year is without a doubt STYLO G, with the release of his new EP “10 years later” him and his team have been going hard – releasing one video from the project every few weeks.

And as if producing the track wasn’t enough, JR BLENDER also produced an energetic bass thumping remix which will delight club DJ’s: