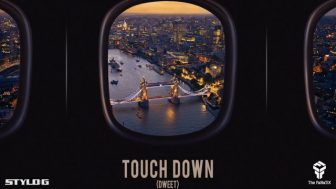 Produced by THE FANATIX “Touch Down (Dweet)”, is a catchy flute & bass driven, Dancehall infused beat, laced with an infectious lyrical ‘soundbite’ styled delivery from the talented STYLO G.

As soon as it dropped, the song immediately went viral, initiating the “Touch Down” challenge which then quickly swept the global dancehall social media sphere – only several days after its release, the song is already a certified hit.