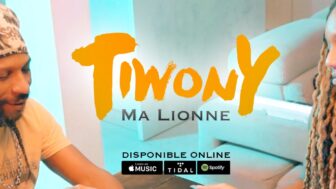 We hope the year has started well for you all, regardless of the times – Culture will always survive, please find attached some of our updates.

While most of us are still confined at home, the timing is perfect for artists to be confined in the studio – such as TIWONY, who was working hard over the past few months preparing new content for his album celebrating his 20 year long career. After releasing “Bod Lanmè” last month to critical acclaim, he is back with a special song for Valentine’s weekend “Ma Lionne” – literally meaning “My Lioness” in dedication to all couples around the world.

Both tracks are produced by RIGA (HEMP HIGHER PROD), The music video premiered exclusively on the prestigious TRACE TV CARRIBEAN last friday, and on youtube last night, check it out here: